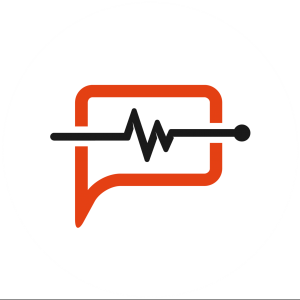 If done right, the prospect for digital companies can be very promising and profitable, especially in the TOP 6 countries that cover around 80% of the overall market potential (Brazil, Mexico, Argentina, Chile, Colombia and Peru). This leading group of high potential countries is the starting point of any business expansion strategy in LATAM. The following tables compare some key stats per Latin American countries.

With the pandemic hitting the region, the eCommerce potential has become a no brainer. People are buying online more than ever and online purchasing behaviors are changing. In fact, buying online has become the new normal and it has been noted that 52 million people will make an online purchase for the first time during the pandemic in LATAM. This number is astonishing and it keeps getting higher and higher. With a good localization strategy, the prospect for digital companies selling in LATAM can be enormous.

However, even if those countries are part of the same continent, they should still be taken separately, as people have different purchasing behaviors depending on the country. If we take a look at the internet penetration in LATAM for example, we can see it is rising quickly in all regions but disparities remain, the biggest gap being between Chile and Peru in our Top 6 countries (not including the rest of LATAM where the internet penetration is lower).

It is quite interesting to play with the data as each country is growing at a different pace. If we take a look at the average internet penetration in Latin America versus developed countries, we can see that LATAM still has a long way to go (and big potential left going forward). On average, we can see that Latin America can still grow by 20 percentage points before reaching the level of developed nations.

So, let’s recap. Latin America is a rapidly growing region with a huge room for growth. We saw that people are buying online more than ever in LATAM, with online purchasing behaviors evolving. This is of course due to the digitization of Latin American economies strongly accelerating during the COVID-19 pandemic. We also saw that 52 million people will buy online for the first time during the pandemic in LATAM, and that the majority of people will surely keep their newly adopted online consumer behaviors. This seems like a pretty good formula for anyone looking to expand into LATAM as it really shows the size of the market opportunity for the years to come.

We hope you liked this blog article. We will soon follow up with more evidence of the potential in Latin America, and how you can optimize your expansion into the region. If you have a specific topic in mind, don’t hesitate to let us know what you would like us to write about.

Why a Local Strategy Matters in LATAM

Hit enter to search or ESC to close

Your shopping cart
WooCommerce should be installed and activated!